Did you know noise pollution in Asheville is not only a growing irritant, but also an invisible threat to your and your family's health and wellbeing? To understand why and how you can advocate for a quieter, healthier, and more sustainable Asheville, please see: Noise Pollution in Asheville: The Invisible Threat.

NEW: Do you want to see noise input the city has received so far? Look here:  Public input report.

Here is our recent guide to understanding and providing input to the city's ordinance: CAN guide to city input

The Coalition of Asheville Neighborhoods (CAN) has been advocating for changes in the City of Asheville’s Noise Ordinance for almost two years. We advocate on behalf of Asheville’s neighborhoods on issues that affect neighborhoods, and noise is and has been of great importance in recent years. We submitted a draft noise ordinance to the City on August 5, 2019 and were met with broad support from the community and entered into constructive dialogue with the City. While there have been a few positive changes to the City’s ordinance based on CAN’s feedback to the City, unfortunately, upon reviewing the City’s draft noise ordinance released on November 18, 2020, we are disappointed that much of the feedback we relayed on behalf of our neighbors has been watered down, ignored, and omitted.

Specifically and most importantly, the City’s November 18, 2020 draft noise ordinance has left out these points upon which we thought we had agreement with the City:

CAN will be working to contest and advocate for these important pieces of CAN’s draft ordinance to be added back into the City’s ordinance to ensure protection of the health, wellbeing, and rights of Ashevillians and hope to reach consensus with the City on future versions of the noise ordinance.

CAN asks that you respond to the City’s draft ordinance. Click here: https://publicinput.com/noise, then scroll down unitl you see the button named "Feedback Form" , click on it to provide your response using the points above to craft your comments. This feedback is open for public comment until December 11, 2020.

CAN has updated a document started a year ago with detail on where today's city ordinance differs from CAN's ordinance. Read here...

A copy of the City of Asheville's proposed noise ordinance. Read here...

The Coalition of Asheville Neighborhoods thanks the candidates and attendees for participating in our City Council Candidate forum last night. We had a great discussion on topics ranging from development to public safety to racial justice. The forum was tinged with sadness as we learned of longtime advocate and neighbor Donald "Turk" Melton's passing this week. We send our most heartfelt condolences to Barber Melton, Donald's wife and active CAN champion.

The recording of the virtual meeting can be viewed here.

The candidates have provided written answers to these additional questions:

CAN Update on live public input at boards and commissions

Good news to share today, August 26, 2020.  Thanks to continued CAN communication and collaboration with members of city staff, the Monday August 24th Board of Adjustment meeting adopted the new methods for public input and testimony.  While CAN leadership will remain diligent until we see these new methods applied to all board and commission meetings, we are encouraged.  You can read the detailed update from Patrick Gilbert here...

CAN appeals to the City for equitable firefighter pay

As the Asheville City Council considers the FY 2021 budget the Coalition of Asheville Neighborhoods (CAN) and its Board of Directors, who represent neighborhood associations through Asheville, urges Council members to consider the sacrifices and commitment of the City's first responder in determining fair and equitable wages, especially as that applies to the City's 280 sworn fire department personnel.  Read more...

CAN and City Teams Collaborate on Virtual Public Input

CAN have engaged with the City of Asheville to advance technology, allowing live interaction during City Council meetings. As a result of these efforts, this week, CAN was asked by the City to participate in testing new technology that better facilitates public comment in real time during public hearings, and provide feedback.  Read more...

The Coalition of Asheville Neighborhoods asked the City Council and the City Manager to delay public hearings unless there was a guarantee that all public comments related to an issue that was a subject of a public hearing would be read into the record, before the Council took action.

CAN took this step to preserve every citizen's right to have his/her voice heard on issues important to communities. Only Vice Mayor Gwen Wisler, who will be presiding over Council meetings in the near future, responded. Read more...

STAND UP AND BE COUNTED!!!

Have your voice heard by registering.

Click here to Register now and start the path to more transparency, better organization, and support from CAN's registered neighborhoods! 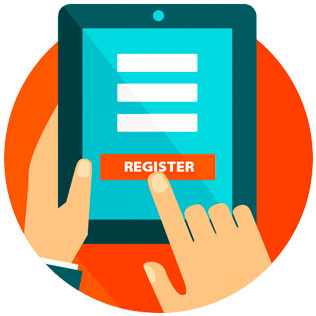 If you would like to support the work of CAN, please make your check payable to:

Should any issues arise during your donation process you can reach out to us by sending an email to info@asheville-can.org.

Thank you so much for your support!!!