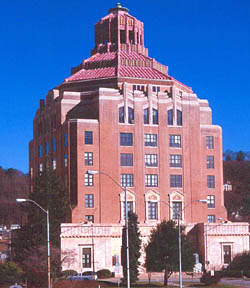 Make your voices heard, customize the following letter that CAN is sending to City Council.  Attend the 8-24 Council Meeting!

The Coalition of Asheville Neighborhoods (CAN) is strongly opposed to the current RCG/Killian’s proposal for the Charlotte Street development. We support the Preservation Society of Asheville Buncombe County position that RCG/Kilian’s current proposal will adversely affect the Charlotte Street corridor and surrounding communities and will threaten the safety, character and quality of life that these neighborhoods currently enjoy. We are writing to request that the application for the Conditional Zoning be declined and the project be revised so that it reflects thoughtful density and development along Charlotte street that respects the heritage of the area and maintains the quality of life for these neighborhoods.

Although there are numerous reasons that led us to this conclusion, the following are our more major concerns that we believe will be most harmful to Charlotte Street and the neighboring communities. We are also concerned that approving this development and conditional zoning will set a precedent for future developments.

Charlotte Street is already a busy thoroughfare and is the access point for the 240 freeway for many North Asheville residents. Chestnut Street, a narrow road which is currently the main access road between Merrimon and Charlotte Street is already congested and traffic is consistently backed up during peak hours.  The developer’s own traffic engineers, Kimley-Horn and Associates, prepared a detailed Traffic Impact Analysis that estimates Levels of Service (LOS) and queue lengths at peak hours rated at D-F. With 400 additional residences as well as retail business feeding into this congestion and without any alteration to the existing streets, turning lanes, and consideration of vehicle stacking, this project promises a permanent and increasing traffic congestion for the community to endure. This will also increase cut-through traffic which impacts the safety and quality of life for these communities. For this reason alone, any conditional zoning should be drastically scaled back a minimum.

Despite the city’s professional staff recommendations for denying conditional zoning based on the developer’s current proposal, the recommendations of these professionals have been overlooked or ignored.  In particular, the staff pointed out at least five areas where the proposed project does not comply with the city’s own Charlotte Street Overlay District, along with MXD EXP zoning standards. CAN believes that standards are set for good reasons and not following these standards in our view and granting conditional zoning will set a dangerous precedent for current and future development, endangering the health of the city and its citizens.

Non-Adherence to the City’s Own Plans for Development

For all of these reasons, CAN strongly urges the City Council to postpone action on the conditional zoning request submitted by the RCG Development Group and the Killian family, and instead, direct the developers to sit down with area neighborhood associations, residents and City Planning staff to discuss substantive changes to the project's design that would make it more compatible with the existing community. We stand with the Charlotte Street residents.

CAN stands ready to assist the City, neighborhood associations, residents and other interested parties, such as the Preservation Society of Asheville/Buncombe County, along with the developers, in facilitating a solution to the 100 Charlotte Street project that would benefit the City of Asheville, preserve the character of the North Charlotte Street community and allow the project to proceed with unanimous approval.

If the Council’s stated goal is a Well-planned and Livable Community we trust that you will follow the Living Asheville Comprehensive Plan which clearly calls for balance between development and the needs of the communities’ residents, and balance between development and retaining the natural and historic character of Asheville. We trust you will act accordingly in this matter.

The Coalition of Asheville Neighborhoods has been representing Asheville communities for nearly 30 years​.

“Be an Upstander, not a Bystander/The "Wrap"

We Need You To Wrap Charlotte Street!

*No sidewalks or roads will be blocked*

Back in 1980, plans to demolish 11 blocks of downtown to build a mall brought out artists and activists from our community to create the Wrap. They tied sheets and fabric together and wrapped the entire 11 block area. This event showed what would be lost if the mall were to be built and the project was voted down. Now we face a similar threat to demolish twelve 100-year old homes on Charlotte, Baird, Furman and Chestnut Streets to build 180 residential units, a 400 space parking garage and 50,000 sq. ft. of office/commercial space.

Help us bring the Wrap back!

Wrap down to the 101 Charlotte St. block

The Coalition of Asheville Neighborhoods (CAN) has worked diligently with well-meaning City of Asheville officials on improving public input in virtual meetings during the covid-19 pandemic restrictions on in-person meetings.

Inarguably, there have many challenges in getting this right, and the consequences to getting it wrong was on vivid display during the May 5 meeting of the Planning and Zoning Commission on the conditional zoning request for the Charlotte Street-Chestnut Hills development project.

Attorneys for the Preservation Society of Asheville and Buncombe County have sent a letter to City officials about the myriad problems associated with technical and process failures rampant during that meeting. That letter can be read here:
Unfair Public Hearing Practices

CAN wholeheartedly supports the conclusion reached by the Preservation Society's legal counsel and agreed with the demand that the hearing on that project be continued allowing those supporting and opposing the project a fair opportunity to present their respective views.

CAN also supports the efforts of several adjacent neighborhoods and the Preservation Society to oppose the proposed design and scale of the Charlotte Street Project as out of character to the surrounding neighborhood. Additionally, we object to the developers' firm decision not to discuss with neighborhood leaders project changes that would make the development more palatable to those living in the area.

CAN supports the conclusion of the Department of Planning and Urban Design that the proposed project  includes features that are inconsistent with the Charlotte St. overlay zoning and urges major modifications.

CAN urges its neighborhood(s) and individual members to send a message to  City Council, the Planning and Zoning Commission, the City Manager and the City Attorney that we will not tolerate any imposition of a citizen's or neighborhood's right for adequate input into the business of City government.

We also urge you to support the local neighborhood's efforts to negotiate design changes, as well as preserving some of the existing houses that represent the rich history and look of the neighborhood.

Don't let developers run roughshod over the Charlotte Street and Chestnut Hills neighborhoods. It could happen to you.

Living Asheville: A Comprehensive Plan for the Future-Neighborhoods. This document states for Traditional and Residential Neighborhoods “Commercial uses will be inappropriate with the exception  of uses compatible within a residential context…”

The Comprehensive Plan also notes “specific concerns regarding climate change and resilience, the  economy, traffic, open space, and the collective feedback gathered from Plan on a Page.” The  proposed development runs contrary to the Cities Plan for the following reasons: a) the removal of old  growth trees will exacerbate the heat island affect, and the new trees proposed to be planted will not  if ever achieve the canopy coverage these trees now provide b) it will directly impact the housing of  Asheville’s economically disadvantaged population currently residing in this neighborhood c) this  proposed development and future developments along the Charlotte Street Corridor will greatly  increase the traffic which will impact safe walkability. A holistic approach to the entire area should be conducted and d) runs counter to all of the surrounding neighborhoods current Plans on a Page  (Chestnut Hill, Albemarle Park and Grove Park/Sunset Mountain Neighborhoods).

Most of the structures in question are residential rental units that will be demolished during a period  of extreme affordable housing shortages in Asheville. The planned development’s affordable housing  AMI will not be applicable to the current residents as most will be below the income requirement and  will not be able to afford what is being proposed.

Asheville is blessed with some of the finest architecture of any small city in the country, to replace  these historic homes with structures of a completely different architectural style and scale is  incompatible with the neighborhood and will forever change what makes Asheville so unique.

We fully support the City’s goal of higher density development, but cannot support the RCG/Killian  proposed development along the 100 block of Charlotte Street.

The City should not give its blessing to this project.